In Republican circles where 28% of white males control 80% of the U.S. economy, there is no stopping the Reagan years of destructive, one-sided economic deluge. Since the 40th President has opened our government doors for big business to write our laws, he ushered the era of lawless capitalism. From a conspiracy to mortgage the future of students through expensive higher education to private prisons, Ronald Reagan single-handedly unleashed greed on the American people. Today, a big sign lawless capitalism has decimated the middle class lies in big corporations buying suburban single family homes to rent them out. Fewer people can afford to buy homes anymore, and far more rely on rent to live month-to-month.

It is a sign of a disappearing America’s middle class. But don’t tell that to the old white men in Republican circles. None of them understand how Rome faltered and died.

You would think these Republican Senators know that the future looks bleak when a country”s middle class goes missing. But not to those miscreants who only think six years at a time. Growing the economy by facilitating record corporate profits while big companies and the ultra rich pay as little taxes as possible is their only game.

STUDENT LOANS: SIGNS OF THE TIMES

Rich people pay for their schooling and middle class and poor people take out loans to get a higher education. One that all the developed and civilized countries around the world provide for free, or symbolic tuition — One year of Business Administration degree at McGill University in Canada costs less than $3,500 a year.

But when white people control 80% of the economy, guess who suffers from student loans? Yes, people of color as well as poor white people that fall in the 20% bracket.

How does anyone expect someone with a student loan whom society already discriminates against because of their background to ever own a home? The middle class is laden with almost $1.9 Trillion in student loans and counting.

A Washington Post article shows the facts on a map in North Carolina. 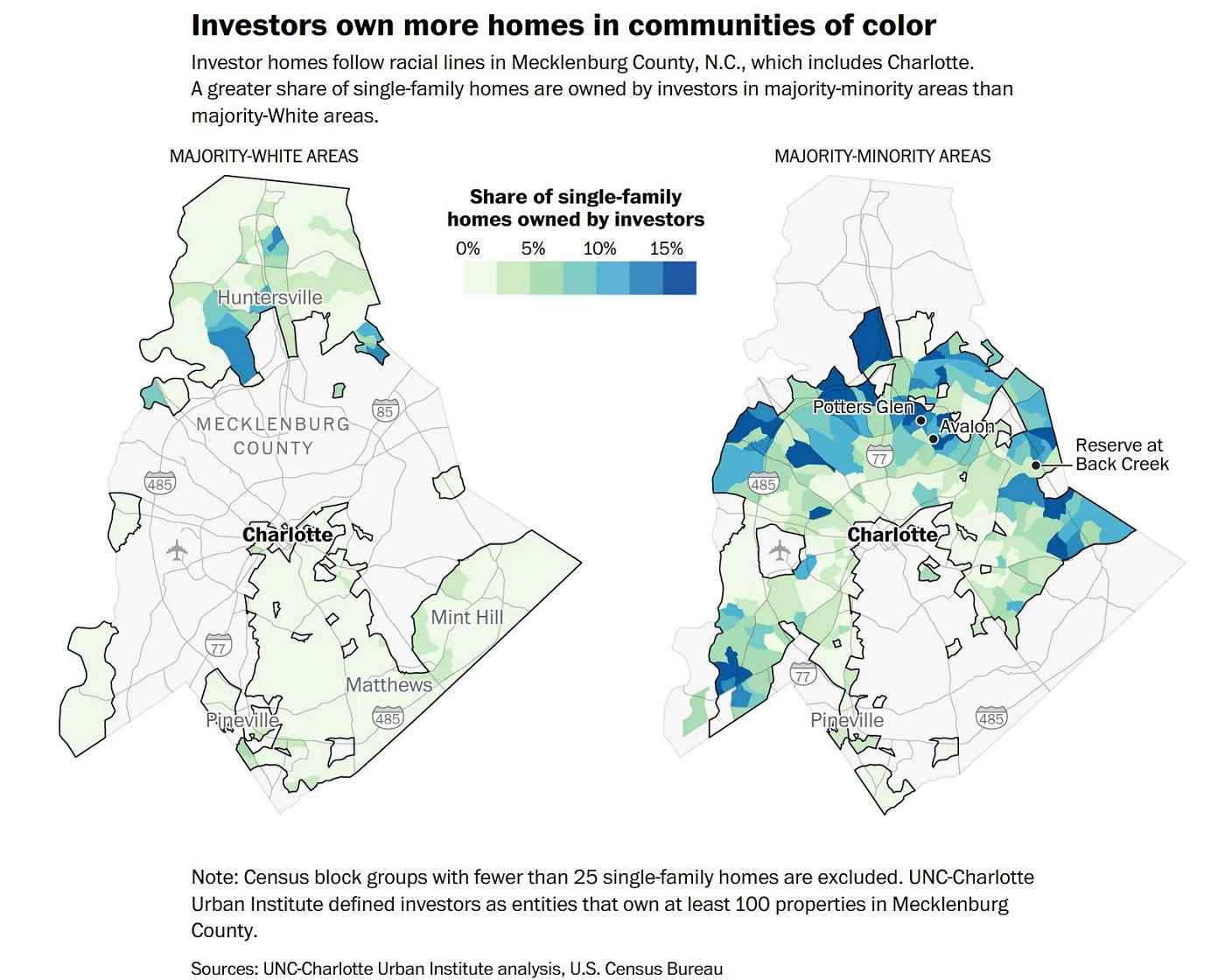 Because fewer people of color can afford to own homes, corporate landlords are descending upon the suburbs to buy homes to rent them to families whose life has become unmanageable with all the costs associated with child care, student loans, healthcare cost, and no real growth of real income. Hello $7.25 an hour minimum wage.

Lawless capitalism has decimated the middle Class, which made home ownership a dream. Now, as a sign of times, companies are buying homes from the baby boomer generation to rent them out to the less prosperous Millennial generation who can no longer afford to buy them.

Plenty of those in this era of lawless capitalism.

Meanwhile, President Biden is still mulling over student loan forgiveness. Any wonder why his ratings with Generation X and the Millennials have tanked?

Mr. President, forgive student loans so that young Americans can afford to buy homes again. It’s the sensible thing to do to our future generations.