Elon Must Think his Followers Will Save Him

The more we come to find out who Elon Musk truly is, the harder it is not to find parallels between Trump and Musk. Both are narcissistic bigots who truly believe their power and money can afford them to sow alt-right chaos. In the case of Elon, after picking a fight with Apple, the media by banning journalists, a move that earned him the title of a hypocrite, and soon to come a future fight with Europe over how he is running Twitter, Elon must think his followers will save him from his paranoiac, impulsive, and reckless decisions.

Deep down, he must believe he can keep the love his followers have for his business acumen. He may be right because Musk has become, like Trump, a cult figure. Even though the Millennials are notoriously anti-fascist and often vote for the Democrats.

In reality, Musk’s influence has limitations and he is testing them daily. This is what narcissism is all about. A sense of invincibility that will end up unraveling its owner.

Had Musk been a more humble man of success, he would not be waging battles he is sure to lose. Especially not against the media now totally focused on his lack of any qualitative demeanor commensurate with his success.

So, sit back and watch this new Musk show. You don’t even need a Twitter account because the media is now watching Musk like a hawk. Suddenly, publishers discovered his true colors and the remnants of his South-African DNA remain intact.

Hey Elon, call The Pillow Guy to advertise on Twitter.

ELON MUST THINK HIS FOLLOWERS WILL SAVE HIM

Musk himself hinted at developing his own cell phone to challenge Apple. Not only this is ridiculous, something that he figured out a tad later after he hinted, as he usually does, but it goes to show how narcissism works. Musk is willing to consider putting all his businesses at risk just because of a threat that never materialized by Google or Apple to remove Twitter from their store platforms.

Imagine that. Musk invented a threat that never existed to threaten doing something that will never materialize. How is that for a sick mind!

Hey Elon, call The Pillow Guy to advertise on Twitter. To give the American public a respite from his pesky ads. He would be happy, we are sure, to spend some advertising dollars to please your alt-right antics. Birds of a feather, after all.

Or maybe Musk is angry at Apple for ignoring, back in September of this year, his Starlink proposal to codify its services in iPhone 14. Who knows? The little baby cannot get his toys, so he throws a tantrum. That’s the only logical explanation.

2022 and 2023 might become two years in the life of Elon he probably wants to forget as soon as possible.

Banning journalists who wrote about someone who has been tracking the flights of his private jet is so Mussolini. When it comes to his thin skin, the man burned the First Amendment faster than he can say “Constitution”. How is that for hypocrisy, or rather lies, over his claims that freedom of speech trumps everything else?

Slowly and surely, Elon Musk is destroying his companies by abandoning technology to join the world of social media. There is a revolt brewing at Tesla by some investors who saw the company’s stock tumble by $700 billions this year. Without a doubt, as Musk engages in the little fights on Twitter, someone must be preparing to take him to court to unseat him from the Tesla management.

2022 and 2023 might become two years in the life of Elon he probably wants to forget as soon as possible.

Soon enough, he will announce his run for President as he goes down an Apple store escalator.

Out of the Musk chaos, something else is rising among his supporters. It seems no matter how destructive, erratic, or pointedly wrong he is, his hardcore supporters, like the Trump crowd, seems to forgive and forget about his dangerous shortcomings when it comes to his understanding of his own limitations and societal norms in general. Elon must think his followers will save him.

Musk could tomorrow declare to name the next Leap year the Tesla year and you will have programmers, editors, geeks, and pundits clamor to change their calendars accordingly. Regardless of what it means to society-at-large and businesses in general. It’s a cult like no other, but instead of dumb voters like the cult Trump built, Musk’s own cult has its thumb on the technology pulse of the nation. A power base of immense influence on the Millennials.

This is why Elon must think his followers will save him. He splits their loyalty with Apple, which gives his cult a solid foot into that tech world of wizardry constantly controlling our lives.

Meanwhile, the more Elon Musk speaks in public, the less admiration he is starting to command from the liberal techie young crowd. In their replacement, Musk is garnering support from the less educated Trump crowd now admiring a man they will never understand.

Soon enough, he will announce his run for President as he goes down an Apple store escalator.

Elon Must Think his Followers Will Save Him 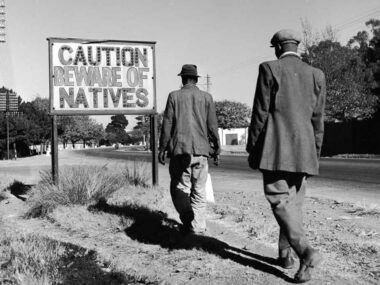 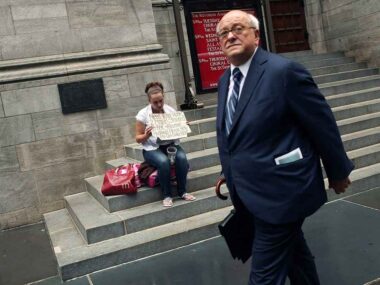 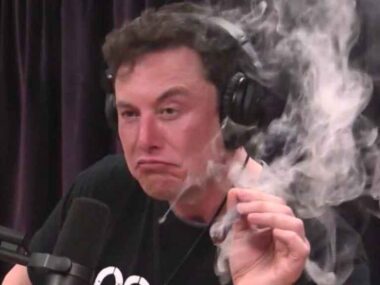 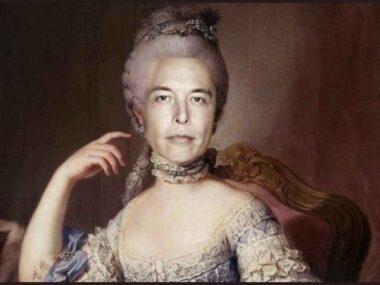