And now for something completely different, as the Monty Python titled their 1971 movie. The FIA has been investigating last year’s Formula One fiasco during the last minutes of the last race in Abu Dhabi when Michael Masi, the race director, changed the rules to award the Dutch driver Max Verstappen his first championship win. After the investigation has been finalized, the FIA has refused, so far, to release its findings, which is causing quite a fury among F1 fans. I believe that if the FIA released their report, the sporting body would have no choice but to conclude that the Formula One needs to rescind Verstappen win and award it instead to Sir Lewis Hamilton.

Hamilton is a British black driver with seven championships under his belt. The most in F1 history. He is the Tom Brady of the sport.

Just imagine the chaos of this decision. Masi of the FIA stole the championship from Hamilton and now the same organization is unwilling to give it back to him.

Well, the FIA paid Wolff back in spades and took away the championship from his star driver Lewis Hamilton.

INTEGRITY OF THE FIA IS AT STAKES

Giles Richards of The Guardian wrote about the incident and how it impacts the integrity of the FIA when it refuses to make its findings public, which might force the organization to overturn the results of the championship results of 2021.

If integrity is the aim, the FIA must publish its report findings in full and publicly. If there were failings so great that structural changes are necessary – which they surely are – then the FIA must stand up and own those failings as an organisation.The Guardian by Giles Richards - February 16, 2022

Indeed the integrity of the FIA is at stakes here. I would go even further by saying that the fact the report has not been made public is because its findings would have forced the FIA to rescind Verstappen’s championship win. Something that would wreck even more havoc than Masi’s decision has already caused, but which is of utmost importance to build the trust F1 fans have lost in the Formula One body last year.

Since Lewis Hamilton is black, could this be the construct of racism? One can never say it’s not. Racism comes in 50 shades of grey.

THE CHANGES ARE TOO LITTLE, TOO LATE

Replacing Michael Masi, who single-handedly broke the rules to accommodate Verstappen and the Red Bull team, is a step in the right direction. But this is not enough. To save the sport from ever again becoming embroiled in conspiracies, it must come clean by making its findings public. Just as Giles Richards so eloquently told his readers.

At the helm today is a new FIA President from UAE whose name is Mohammad Ben Sulayem. It is under this new leadership that the FIA is refusing to make the report available publicly. In my honest opinion, Ben Sulayem is too new and too green to be the one making that decision on his own. His co-conspirators are the very same people who turned a blind eye to Masi’s critical error in judgment on the last race of the season.

Remember how Toto Wolff, the Mercedes Team Principal, reacted during Brazil 2021 when Hamilton overtook Verstappen to win the Brazil Grand Prix? Here is a reminder.

Who was Wolff pointing at? Probably at Christian Horner who presides over the Red Bull of Max Verstappen’s team. Horner is known to complain often because he thinks his British citizenship gives him the rights and the privileges not accorded to others in a sport mostly run by the Brits.

Or was Wolff pointing his finger at Masi for his previous pro-Verstappen rulings?

Well, the FIA paid Wolff back in spades and took away the championship from his star driver Lewis Hamilton.

Since Hamilton is black, could this be the construct of racism? One can never say it’s not. Racism comes in 50 shades of grey. 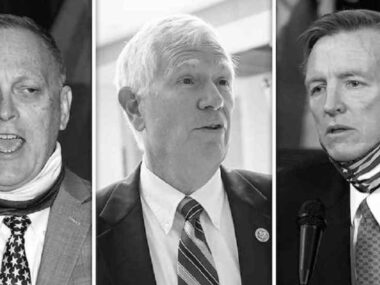