How the West Contributes to Fascism

Italy, the nation that gave us the Renaissance and Leonardo da Vinci, has elected a new fascist female Prime Minister in Giorgia Meloni. She is, by all accounts, another Benito Mussolini with a score to settle against migrants to Italy. How does this happen in a flourishing European country is a tale of miscalculations, neglect, and inconsistent foreign policies. This is how the West contributes to fascism on the continent by ignoring the most impoverished nations whose population end up migrating to Europe.

As part of our foreign policy design, we must accept the fact that foreign aid cannot, single-handedly, promote the economies of the poorest nations rife with corruption. This is really an engineering problem where the most minute of details matter, and until we view migration as a severe problem equalizing in scope and breath all the other thorny problems the western world faces, such as the war in Ukraine, we would be encouraging fascism to take roots as we look the other way, or ignore the severity of the situation.

How becomes the most important question that should not be left to security officials and diplomats to tackle. Bring together the brightest minds from every sector of our economy, as well, to concoct a plan of action. One that would give American ingenuity a shot in the arm while it promotes policies overseas to control forced migrations.

There are two core reasons that spark migration.

Safety and Security: As in a civil war, or threats to someone’s security and/or basic freedoms. The oppression of people usually drives them to migrate.

Economic Hardship: Often caused by corruption, which drives a nation to extreme poverty and people unable to work for a decent wage. In addition to the stifling of foreign aid that never reaches those it was intended to help.

Italy, whose shores are the closest to the African continent, seems to accept a larger share of migrants than those further inland and attainable only through air. This has given rise to the fascist ideas of purity and the denial of our humanity to those most in need. And although the number of migrants to Italy in 2021 reached over 59K, this number dwarfs the previously set record of over 181K in 2016.

According to Statista, most migrants who arrived by sea are coming via North Africa from countries like Tunisia and Egypt. However, countries like Iran, Iraq, Bangladesh and the Ivory Coast are also contributing to Italy’s migration statistics.

But often, it is our shortsighted foreign policy that provides a shot in the arm of dictators backing fascist leaders.

A VISIT FROM HELL

Recently, bad advisers in the Biden Administration — yes, we are talking about you Brett McGurk — recommended for the president to bury the hatchet with Saudi Arabia that culminated with a high visibility visit to try and ease the pains of everyday Americans at the pump.

Mohammad bin Salman, the ruler from hell, instead stabbed Biden in the back by selecting to cut OPEC’s production by 2 million barrels a day, which had the exact opposite effect. Such was the policy that Vladimir Putin has called for to see the west suffer from economic hardship.

That April 2020 shouting match with Vladimir Putin that Saudi Arabia leaked to the press was a sleeping pill that put McGurk to sleep. And he still has to wake up.

This is how the west contributes to fascism across the global stage. By playing fiddle to dangerous two-bits dictators instead of breaking their backs when they go off the international script of economic stability.

In Washington, this administration has no choice but to retaliate hard against Saudi Arabia. Otherwise, the United States might suffer immeasurable damage as one dictator after another test Washington’s resolve, or weakness in this instance. To be fair to this administration, the president himself was reluctant to court Saudi Arabia. If it was not for the bad advise he received from McGurk who has no business being on the National Security staff in the first place.

In brief, sometimes outside forces and uncontrollable circumstances control the spread of fascism. But often, it is our shortsighted foreign policy that provides a shot in the arm of dictators backing fascist leaders.

HOW THE WEST CONTRIBUTES TO FASCISM 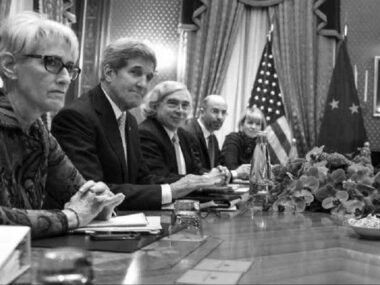 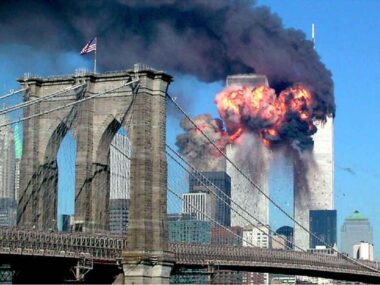