Joe Biden Will Lose Both Houses in 2022

President Joe Biden is an old timer set in his ways of doing business the Washington way. This means Biden is beholden to special interest, lobbyists, and big business influence. In that regard, Joe Biden is no different than Donald Trump. Despite promises he made on his campaign trail, Biden is no closer to forgiving student debt than he was when he made his empty promises; and this, my friends, is the red herring that will change the political landscape next election cycle. I predict that Biden will lose both Houses in 2022 as more Millennials sit out the elections disgusted by his broken promises.

Biden is ignoring the tragedy of student debt he could never understand because he never had to pay the high costs of college today’s students are paying. Further, he is underestimating the impact it has on the biggest block of voters. If he loses both Houses to the GOP, then he is the only one to blame. His lack of empathy for the youngest in our society struggling to live the same normal life he had is inexcusable.

When Trump gave his buddies a $2 Trillion tax windfall, Biden could not even muster one penny to save the future of the most vulnerable in our society today. This is how much banks in this country hold Biden to account.

BIDEN IS BEHOLDEN TO BANKS AND MONEY LENDERS

In an article for The Guardian, Astra Taylor writes:

Biden owes this country debt relief not only because he campaigned on it, but because he helped cause the problem. A former senator from Delaware, the credit card capital of the world, he spent decades carrying water for financial interests and expanding access to student loans while limiting borrower protections.The Guardian, Astra Taylor 02/25/2021

Young voters will not forgive or forget Joe Biden for turning his back on them with such disregard for their financial future. When Trump gave his buddies a $2 Trillion tax windfall, Biden could not even muster one penny to save the future of the most vulnerable in our society today. This is how much banks in this country hold Biden to account.

Come 2022, Biden will regret it deeply because most of the 44 million student debtors are just going to experience total apathy and disinterest in voting for any political party. And guess who stands to lose more should this happen? His lack of empathy is not going unnoticed.

The only reason Joe Biden is not doing what’s right is because he has already committed to doing what’s wrong.

JOE BIDEN WILL LOSE BOTH HOUSES IN 2022

CNN wrote a sweet article in which it tried to cover-up the truth about how much Joe Biden and big banks are bed partners. The article said:

The securities and investment industry donated just $10.5 million to Trump’s presidential campaign and outside groups aligned with it, according to a new tally by OpenSecrets. It has sent nearly five times as much cash, $51.1 million, to Democratic presidential nominee Joe Biden. That means Trump is losing the fundraising race among Wall Streeters by a slightly greater magnitude than in 2016. During that cycle, former New York Senator Hillary Clinton and groups aligned with her raised $88 million from the securities and investment industry, while Trump took in just $20.8 million. CNN, Matt Egan 09/25/2020

The only reason Joe Biden is not doing what’s right is because he has already committed to doing what is wrong long time ago. The fact is that his loyalty to big banks is more important than his loyalty to the students of this country. He needs their votes, but is not willing to pay back in any way for electing him into office. Guess what that means in 2022?

LOYALTY TO BANKS OR TO VOTERS?

Chief of Staff Ron Klain is busy with a mountain of tasks dealing with confirmations and the passage of important legislation. Student debt is not on his mind now. But the moment he begins to look at where the students stand on 2022, he will certainly raise red flags to warn the President that his student debt policy is going to hurt his presidency.

Will Biden act, or will he remain steadfast loyal to big business making some $200 Billion a year in interests off of these loans? He may try to patch both differences by forgiving only $10,000. Will this be enough to incentivize student activists to vote in 2022?

I doubt it because the average student loan is almost $30,000.

Joe Biden Will Lose Both Houses in 2022 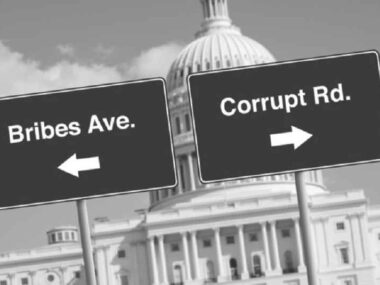