Law and Order or Unlawful and Disorderly?

A closet Klansman, turned law enforcement, stalks and kills Ahmaud Arbery, a black unarmed man. Some, on the right, call this law and order, which was Trump’s theme during the Republican National Convention in Cleveland, Ohio in 2016. A Michigan Republican candidate for governor storms the Capitol on January 6 and he and his Republican friends are outraged at the overreach of the FBI for charging him. Those two examples set the stage for the twisted perception of reality we are witnessing on the right, which permeates our sense of justice. Kill a black man and that’s law and order, but undermine a presidential election and justice suddenly becomes unlawful and disorderly.

This twisted reality comes mostly from the sense that white people should be above the law. It’s an entitlement issue that is so pervasive among the alt-right, it is pushing their masses to commit crimes while facing no accountability (i.e. Kyle Rittenhouse).

Pointing this vast difference in how our justice system treats people unequally does not even shame the right, which engineered it.

Should we also mention that white crime pays in this country? Richard Sackler of Purdue Pharma, after causing the opioid death of over half a million Americans, will never see a day in prison.

Want more to prove we have two systems of justice? Just like the old South Africa’s Apartheid system of justice? Here is an article title that tells the whole story “Did a Black Woman Get Prison for Illegal Voting, While a White Man Got Probation?”

Black Crystal Mason received a sentence of 5 years in jail. White Bruce Bartman received a probation. For exactly the same crime. Don’t even try and convince us this is not apartheid.

Maybe Ms. Mason law-breaking action deserves the sentence, but so does Mr. Bartman deserve as equal a justice. Not only whites in America expect to be treated differently, but they become outraged when treated equally by the law. Notice the Republicans backing Ryan Kelley, the Michigan candidate for governor, lend their support even though he broke the law by storming the Capitol.

Pointing this vast difference in how our justice system treats people unequally does not even shame the right, which engineered it. The purveyors of white supremacy’s sense of justice is permanently demented, and no rational debate would even move the needle against their elitism. Their attitude comes from a perceived privilege harvested by hundreds of years of owning slaves. It’s baked in their DNA, which explains why one judge sentences black Mason to 5 years and another sentences white Bartman to probation.

What is Three Strikes law but one to impact the African-American communities and break down their family structure?

LAW AND ORDER EXPECTATIONS DO NOT SQUARE WITH REALITY

This two-prong and undemocratic justice system tend to cause two opposing forces to clash. One force, although paralyzed because of its constitutional birth and historical baggage, loses all trust in its own government. The other force, now habitually committing crimes it expects to pay no price for them, is slowly breaking not only our trust in our own government but our justice system as a whole.

The dire consequences for our own two justice system are beginning to create unbearable societal conditions. On both sides as one fears a blind justice and the other one welcomes it.

Furthermore, our legislators are complicit in creating this divide.

What is Stop and Frisk the US Supreme Court facilitated and confirmed in 1968 and which later city mayors abused? Mind you, with an asterisk to police officers, including the racists, not to use profiling.

What is Three Strikes law but one to impact the African-American communities and break down their family structure? While the white man placed them under economic and political shackles.

As long as our justice system conducts itself in that fashion, our country will never find its compass of respectability.

NOT STOP AND JAIL FOR WHITE CRIMES

Did Navient CEO, who broke the law and had almost 40 U.S. States sue his ass go to jail? Nope. He is still making millions a year and may possibly be breaking the law again.

Did the Uvalde police officers or their commanders, who stood by while children were massacred, get indicted? Not in our dreams. Their superiors have already rigged the system. Long ago. It’s unlawful and disorderly to indict people we pay them to protect us.

As long as our justice system conducts itself in that fashion, our country will never find its compass of respectability. Nor its peace of mind as a rising minority begins revolting against institutional bias. It’s in our best interests to fix such by prosecuting white collar crimes fully.

As for American Exceptionalism, let’s shelve that one for a while. A Goebbels-like figure must have coined that one.

Law and Order or Unlawful and Disorderly? 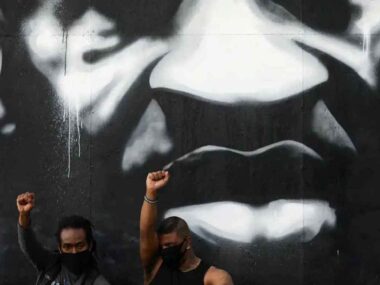