Let Us Pray and Then Commit More Crimes

The villain in our midst, besides Vladimir Putin waging an illegal war on Ukraine, is none other than Patriarch Kirill of Moscow who called for a 12-hour truce to celebrate the Orthodox Christmas on January 7. In other words, let us pray and then commit more crimes against the innocent in Ukraine. Kirill is the same man who justified war by saying that “military duty washes away all sins”. How can a branch of Christianity seek violence and war against women and children and claim to represent high morals and values is beyond us.

Who else replicates Kirill’s ideology of violence but the Taliban, ISIS, al-Qaeda, and Boko Haram? Never in our times we believed Christianity could turn evil, but here it is before our eyes in the form of Patriarch Kirill.

Shame on you Kirill. You are just another thug playing in Putin’s orbit.

Why are world leaders silent when it comes to Kirill’s cruelty is beyond us.

UKRAINE SHOULD RESPOND WITH FIRE AND BRIMSTONE

We believe the Ukraine military should respond with fire and brimstone on the eve of January 6 to send a clear message to Patriarch Kirill. This is the time to send this man of violence who called for the Russian war against the Ukraine a clear message from the people of Ukraine.

Furthermore, we believe Ukraine should seek to condemn him publicly by proposing a vote by the Security Council at the United Nations to turn him over to The Hague for crimes against humanity. Even if the Russian veto might save his skin, let the world know about Kirill supporting sending Russian soldiers to die in the Ukraine. Allow the majority of peaceful Orthodox Christians to voice their concern about Kirill leading any branch of the Orthodox Church as he supports sending Russian men to kill Ukrainian women and children.

Furthermore, it is time for the EU and the U.S. to condemn this man publicly and without any hesitation. Secretary of State Blinken should issue a release denouncing Kirill interfering in politics and in support of a violent conflict, which stands against every aspect of Christianity.

Why are world leaders silent when it comes to Kirill’s cruelty is beyond us. We should do all we can to discredit him for causing so much harm to humanity.

We say ignore Kirill’s truce by bombing the hell out of the Russian soldiers fighting in Ukraine on the eve of January 6. Let him try and explain his truce to the Russian families of dead soldiers who might finally abandon his church.

Let Us Pray and Then Commit More Crimes 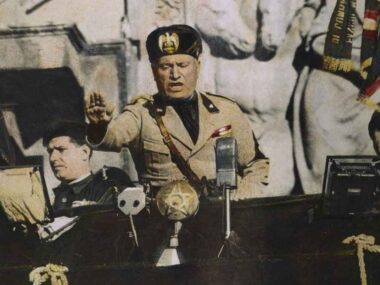 Read More
By 2045, according to Census Bureau projections, white Americans will no longer be the dominant race in terms…
Read More