Mark Zuckerberg Is Guilty of Feeding the Insurrection of 2021

The Facebook whistleblower revelations about the inner workings of the social media juggernaut and its response, or rather lack of, to stem the spread of lies is an eye opener. When hate and misinformation drive profitability, guess which is going to win this battle? Guess what impact this might have on our society, already deeply split apart because of its racism and social injustices? The revelations told us this: Mark Zuckerberg is guilty of feeding the insurrection of January 6, 2021 as much as Donald Trump is guilty of inciting the domestic terrorists to storm the Capitol. Zuckerberg contributed equally to the doom and gloom our democracy is facing today.

Can our capitalism withstand to coexist with hate and misinformation engraved in its DNA the way racism was in the last 400 years? How long before our free and democratic society breaks apart under the weight of too many lies and too little government oversight?

Some lawmakers will use the occasion of Haugen’s testimony to squeeze more money out of Facebook for their political contributions. The shameless ones will certainly.

Frances Haugen, a Facebook former product manager, testified in Congress today about the social media algorithm enabling the spread of lies, which enables more interaction by the Facebook community.That, in turn, makes more money for Facebook because of more ads viewed.

The more lies Facebook spreads, the more money it makes.

In her opening remarks, she told a Senate panel:

The problem has been that Facebook pays millions in political contributions to lawmakers to derail any possibility of a government oversight. In doing so, our own political system where corporate entities can influence policy is as much the culprit here as Zuckerberg and Trump have been. It’s the trifecta that brought us the perfect storm ending in a wake-up call on January 6.

But while the Senate is hearing Haugen testify as to the importance of government oversight, there is no guarantee this might become a reality. Some lawmakers will use the occasion of her testimony to squeeze more money out of Facebook for their political contributions. The shameless ones will certainly act this way.

It just takes time to corral enough honest lawmakers to make us all safer. Tobacco proved it.

In my honest opinion, Marc Zuckerberg is guilty of fascist behavior even though his actions are based on greed and only greed. Will we ever see the U.S. Government take a step forward to oversee Facebook and control its algorithm?

When it comes to government oversight over the Tobacco industry, here are two important milestones the American Lung Association published on its website:

It only took 52 years before the U.S. Government won its lawsuit against big tobacco. If we chart a similar track, Facebook should expect that sometime in 2073 it would succumb to the pressure and the legal actions of the U.S. Government even though evidence shows Marc Zuckerberg is guilty of dismantling our democracy too. .

It just takes time to corral enough honest lawmakers to make us all safer. Tobacco proved it.

Remember that not only such action might impact Facebook, but also Twitter, Instagram, Google, and every other social media platform. Just like the U.S. Government had to face Marlboro, Camel, Pall Mall, Newport, and a dozen more tobacco brands and their owners.

Unless, of course, Merrick Garland is caught again napping on the job.

Purdue Frederick bought an FDA employee to get approval for OxyCont in 1996. It took over 500,000 deaths for the U.S. Government to step in over 20 years later.

While the battle to control misinformation and hate will be on-going for some time, there are many signs being observed across our political spectrum that lies and misinformation is giving rise to fascism. It’s an opportunity the likes of Trump will never miss.

In the meantime, Zuckerberg is too greedy to see what he is doing to his own country.

Steve Bannon, known for his ultra right white supremacy, has created a vetting vehicle with 20,000 names that Donald Trump may call upon to fill positions inside the U.S. Government, and who will not disobey Trump’s orders next time around when he institutes martial law and suspends the U.S. Constitution.

Of course, Bannon did not explain his effort this way, but any observer with a half brain can see Trump’s storm troopers dismantling our democracy the next chance they get.

The fascists are preparing for a takeover of our own government while Facebook spreads lies and misinformation, which indirectly help them. You don’t need a calculator to add one plus one for this scenario.

Unless, of course, Merrick Garland is caught again napping on the job.

Mark Zuckerberg Is Guilty of Feeding the Insurrection of 2021 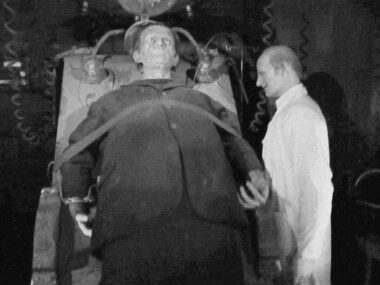