Both Senators Joe Manchin and Kyrsten Sinema, standing in the way of the Build Back Better Bill to pass a majority led Democrats, are experiencing something no other Senators have experienced before. Progressives are exposing fellow corrupt Democrats by airing their money grabbing practices and the number of bribes they are receiving from dark money and corporations to facilitate their agenda instead of working for the people who voted them into office. What both Manchin and Sinema are experiencing is a warning for all future Democrats. Stand in our way and we will expose your corruption.

Manchin and Sinema are very angry over their unexpected and utterly ugly exposure. So much so that Manchin, apparently, has threatened to leave the Democratic Party; something he denied.

Whether this strategy of exposing corruption will tame or align future Democrats or not remains to be seen. But one can say that in 2021 the Progressive wing of the Democratic Party is flexing its muscles and punching above its weight in ways the American political system may never be the same again.

Thank all the Bernie Sanders millennials for this dramatic turnaround. They have had enough watching bribes and corruption pull the rug from under their more compassionate agenda.

One can say that Kyrsten Sinema’s standing in the Senate is the same as that of Marjorie Taylor Greene is on the side of the House. Both women have experienced staff attrition due to ideological differences.

As I have mentioned in previous Blogs, Kyrsten Sinema, who ran on a message of lowering drug prices, has received over $750,000 Big Pharma donations to her campaign. Almost all Senators receive corporate donations, and access to that information is publicly available in accordance with the law.

But rarely do we see media organizations take that information and plaster it on every wall for all to see. Rarely do Democrats or Republicans expose the corruption of their fellow members in the same or opposite party because they are all guilty of collecting bribes from corporate entities and dark money operators like Charles Koch.

The Progressives exposing these bribes is such a departure from Washington norms that it has lit a fire under, not only the supporters of the Progressives agenda, but many independents who are tired of seeing their votes go to waste every election cycle. The American people have no control over their destiny and they are fighting back for that control.

Just today, five of Sinema’s her military advisers resigned citing her as a “principal obstacle to progress”. Other than the chief of staff of the mentally unwell Marjorie Taylor Greene resigning over her actions, this is only the second high-profile resignations en masse that I know about.

One can say that Kyrsten Sinema’s standing in the Senate is the same as that of Marjorie Taylor Greene is on the side of the House. Both women have experienced staff attrition due to ideological differences.

It is simply fascinating to watch what is going on in Washington these days.

IS THE STRATEGY OF EXPOSURE WORKING?

So far, it does not seem that the strategy of exposing corruption is working. Maybe, we will have to wait for 2024 to see what damage it will cause the campaigns of both Manchin and Sinema.

Simultaneously, though, the Progressives have nothing to lose exposing their corruption. Even if it means neither Senators will re-calibrate their immoral positions. In doing so, the Progressives are sending a very loud message that they are not about to roll over for the corruption that has become standard practice in America’s political landscape.

Since the Progressives mainly fund raise through their constituents, the credibility of their strategy will survive any blow back. Neither Manchin, nor Sinema have anything to accuse Progressives of except to call them socialists, which may align them more with the Republican Party.

It is simply fascinating to watch what is going on in Washington these days. We are all experiencing history in all its forms. The good, the bad, and the ugly. In addition to the unbearable that the Fuhrer Donald Trump represents. 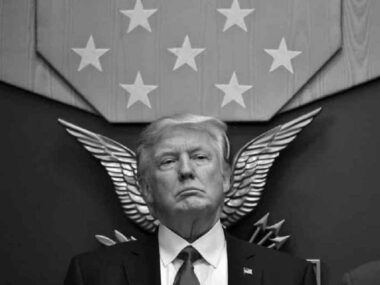