Progressives Do Not Trust Manchin and Sinema Selling Like Cattle

The latest in the saga of two big bills awaiting passage in Congress is the lack of trust demonstrated amply by the left leaning wing of the Democratic Party against what the media calls “moderate Senators” Joe Manchin and Kyrsten Sinema. The Progressives are withholding support for the infrastructure bill in the House until the two Senators vote officially for the watered-down Build Back Better bill in the Senate first. The Progressives do not trust Manchin and Sinema selling themselves like cattle, and who may, at the flip of a coin by some donor make more changes on the already negotiated aspects of the bill once the Progressives vote to pass the infrastructure bill first.

Who blames them? Lobbyists for big corporations buy Senators every day by contributing funds to their re-election campaigns in return for agreeing to or blocking some language in legislative bills conflicting with their interests. Such as lower drug prices to help Americans cope with the greed of Big Pharma.

In fact, lobbyists write their own laws and Congress just introduce the language verbatim. For a little money above the table. Call it legalized corruption.

Once the infrastructure bill passes, it is very likely that if more money shows up at the door of the corrupt Manchin and the loathsome Sinema, they might fold like paper. Since Progressives raise their re-election campaign funds directly from their constituents, they do not trust any of their colleagues, on both sides of the isle, not selling themselves on the cheap for one reason or another.

The United States, when it comes to politics, is the most corrupt country in the world.

The adage of a “Congress for Sale” is becoming a deterrent to good governance. And it will get worse as more people ignore the Republican labeling of Progressives as Socialism and Marxism. What is so Socialist and Marxist about free two years of community college in the face of student debt reaching $1.8 Trillions? Or Medicare attending to the hearing aids of the elderly? If that is Socialism, lots of Americans are going to sign-on.

Why is it that Republicans do not call Canada a Socialist country? Not only do they have free full university education, but they also provide sick paid leave and full medical care for the elderly.

How many times have we heard, on the news, about the corrupt practices of other countries? That this dictator or that minister took money under the table to facilitate a sale or a demand? In this country, we have laws against the “under the table” payments, but we have legalized corruption by making the payments pass above the table. In full view of everyone, except the identity of the private donors we call “dark money”.

Corporate America buys and sells our Congress openly every day. All above the table and all legal. The United States, when it comes to politics, is the most corrupt country in the world. We have no business calling others corrupt when our house is made of thin glass.

They are going to tell them [Manchin and Sinema] what they think of them publicly and without shame.

MANCHIN AND SINEMA SHOULD EXPECT THE WORST

The two Senators responsible for diluting the once-in-a-generation Build Back Better bill that would ease the economic pains for the middle class and those on the lower economic scale are Joe Manchin and Kyrsten Sinema.

Manchin is a known commodity. He is predictable and one knows exactly how much and who will buy him. His corruption is legendary.

I consider Sinema, on the other hand, as the most loathsome personae in the Senate today. She ran her campaign on lowering drug prices, but once Big Pharma began contributing to her re-election campaign, she flipped like a noodle. In my humble opinion, there is nothing more despicable than a politician who makes promises upon which they win the number of votes to reach their goals only to renege on their promises in daylight and for so little effort and money.

Right now, the Biden Administration is showering both Senators with praise just to get their votes. But soon enough, not only people in the White House, but many Democratic lawmakers are going to unleash hell on those two. They are going to tell them exactly what they think of them publicly and without shame.

Why? Because so little money can buy them so cheaply.

Progressives Do Not Trust Manchin and Sinema Selling Like Cattle 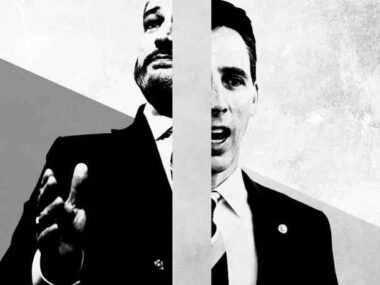