It matters little how many mistakes the Progressives made in the past when it comes to their choices of how to conduct our foreign policy, they will always double down on making even more. We all remember President Obama’s red line on Syria, which helped Russia cement a supreme foothold in the Levant region, or his refusal to help Ukraine fight back a Russian invasion in 2014, which threatened all of Europe. These were gargantuan missteps that turned Russia into a behemoth of evil invading and killing innocent people in Europe and the Middle East. Prior to Obama, Russia was boxed. So when another Progressive lawmaker steps up to denounce assisting Ukraine, it clearly shows a history of Progressives incompetence on foreign policy.

What were those 30 democrats who wrote President Biden a letter to halt assistance to Ukraine thinking? Have they forgotten that such leads us to the Obamization of our foreign policy in the form of repeating the Ukraine and Syria mistakes of his past? Vladimir Putin has invaded Ukraine in 2022 because Obama took to the sidelines in 2014. The thug in Moscow figured it’s the same Obama-Biden team all over again.

How did the traditionalists in the Democratic Party take the letter? They fumed to no end privately. So much so that Rep. Pramila Jayapal, the chairwoman of the Progressive Caucus, had to withdraw it the same day. Folks, never trust the Progressives to lead on foreign policy because we have a bad history to prove their incompetence. On domestic policy, it’s a different story. They are conscionable people who care about the working people of our country.

The Progressives in Congress do not really understand the intuitive reaction of evil men intent on getting their way.

THE KNEE JERK REACTION OF THE PROGRESSIVES

Mind you, on domestic policies, there is much to admire about their positions.

People who don’t comprehend how America projects its power on the international stage by flexing its muscles once in a while also don’t understand the shortsighted folly of their foreign policy postures.

Imagine for a moment that the President of the United States has decided to withhold support for Ukraine to please the Progressives. What would be the consequences for such a fateful act?

There are two important things to consider here. Would striking a peace with Vladimir Putin save Ukraine in the future? Probably not. The man believes the country is part and parcel of Russia, and he thinks of himself as Peter the Great instead of Ivan the Terrible. A peace treaty with Ukraine today would help Russia rearm itself and prepare its military for another invasion having learned from its past mistakes. In other words, a peace treaty is tantamount to losing all of Ukraine.

The Progressives in Congress do not really understand the intuitive reaction of evil men intent on getting their way.

It’s understandable because they are not evil people.

Foreign policy is about projecting power to defend domestically.

MONEY SPENT IS NOT MONEY DIRECTED

The second issue to consider is the reason why Progressives are seeking cutting off Ukraine financially. Do they think the earmarked money, somehow, will find its way to programs to help the poor? Do they really believe that corporations in this country will not always have the first crack at funds to subsidize their businesses? Did we not just pass a bill to subsidize our chip makers industries to the tune of $76 Billions?

Not assisting Ukraine does not automatically mean we could use that money to assist the helpless and the disenfranchised because that’s not how our government works. So, why write a letter that is counterintuitive to our interests and those of our allies in Europe in the long run, or one that cannot possibly provide any relief to the constituents of the Progressives?

Congress will not redirect money from Ukraine to welfare, if that was the intent. Nor will it feel ashamed it is helping foreigners before it helps its own. Foreign policy is about projecting power to defend domestically.

Who wants to repeat the mistakes of Barack Obama on foreign policy?

It’s not because most of the Progressives harbor anti-imperialistic sentiments that we should ignore their requests. Sometimes, as it happened during the Iraq War, they were right to call for its end if we did not attack Iran to stop their terror, something Secretary of State Condoleezza Rice lobbied against.

But often, unfortunately, Progressives tend to ignore the future and probable results of their knee jerk reaction to end wars. The same way Barack Obama did not fully understand that our lack of interference in Syria and Ukraine emboldened Russia to invade again.

Genuinely speaking, the Progressives should get out of dictating our foreign policies and concentrate, instead, on the core of their very existence, which is to help even the playing field on domestic issues. Nothing can be more disastrous to this country than a bunch of good people trying to spread more joy around an evil world. Leave such to our professional diplomats and the Executive branch whose experience in this area gives them the advantage of better protecting our interests.

Who wants to repeat the mistakes of Barack Obama on foreign policy? 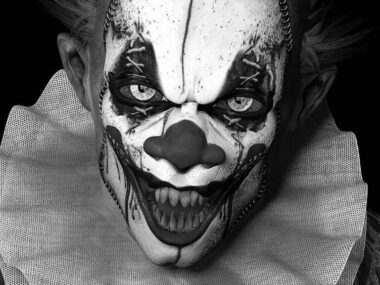