The Democrats on Domestic Policies. The GOP on Foreign Policy

The same leaders in the same political party that lost the Crimea to Putin in 2014 are about to lose the whole of Ukraine today to the same thug. In modern U.S. politics, the Democrats follow the same theme always, which is to shy away from any international conflict no matter how grave it is to do otherwise. The Democrats on domestic policies have a compassion that is much lacking in the Republican Party. However, when it comes to foreign policy, I trust the Republicans more to do the right thing than any Democrat in office. We have seen the evidence in this reality in the timidity of Presidents Obama and Biden.

The Republicans are hawks at home — through abandonment of their social responsibilities towards the poor — and hawks abroad as well. The reverse is true for the Democrats. To many Americans, accepting Biden’s faults abroad means agreeing with Biden on his policies at home.

It seems Americans cannot have both. The last compassionate U.S. President who was also tough on foreign policy was Lyndon B. Johnson. His breed is extinct after watching the last two Democratic Presidents act on foreign policy.

Since then, the Democrats on domestic policies has become a symbol of triumph while theirs, on foreign policy, is now a symbol of defeatism.

This need to only agree with the lowest common denominator in a crisis — in support of our allies — is making Biden look weak.

DEMOCRATS ARE APPEASERS AND REPUBLICANS ARE HAWKS

Even though Biden is a true appeaser whose instinct is always to negotiate for everything and anything, any Republican counterparts have been hawkish on foreign policy. Both Presidents father and son Bush conducted wars abroad to protect our interests (Afghanistan and Iraq), and both Biden and Obama shied away from using our military to establish our might against our enemies.

Even today, while Biden is acting only in consultation with our allies, the world is moving past all of them. Take for example the use of SWIFT as a tool to ban some Russian banks. Biden acted only when Germany was agreeable, even though, domestically, many powerful voices have been calling for banning Russia from the SWIFT banking system.

In other words, Biden is lacking behind on the strong wishes of his own people. This need to only agree with the lowest common denominator in a crisis — in support of our allies — is making Biden look weak. But who is to change the tricks of an old dog. Biden’s predictability is engraved in his own DNA.

Biden’s weak response to Putin’s invasion is empowering the White Supremacists and the Nazis in America. People like Trump, Pompeo, and Carlson.

I am truly disappointed, and so are millions of Americans, in how Biden is tackling Russia on Ukraine. Simultaneously, I am justifiably angry at Donald Trump and his lesser cohorts when they take a stand with Russia against the Ukraine.

People like Tucker Carlson and Mike Pompeo are traitors to their own country. They have sided with a thuggish dictator invading a democratic and peaceful nation. In doing so, all those who are backing Russia are trying to provide a glimpse of what might be acceptable domestically to usher in the future. The same ruthless dictatorship that could re-write our Constitution in accordance with their racist and white supremacist spirit.

This is another reason of why I am disappointed with Biden. There are evil forces within who see Putin as “brave” and a “genius”. Putting an end to Putin’s invincibility will put an end to our domestic terrorists clamoring for the demise of our republic. Our President is missing the parallels. His weak response to Putin’s invasion is empowering the White Supremacists and the Nazis in America.

Russia will remain our worst enemy in the foreseeable future. Biden missing the opportunity to strike back, by proxy, is not only unconscionable, but cowardly. And if our European allies reject this notion because of economic necessities, they will thank us in the long run when we bury the Russian aggression against other nations for good and forever.

The Democrats on Domestic Policies. The GOP on Foreign Policy

Read More
In answering a question on ABC News whether he thought Putin was “a killer,” President Joe Biden said,…
Read More

Read More
According to Donald Trump, there is nothing immoral about lying to his supporters in order to fill his…
Read More 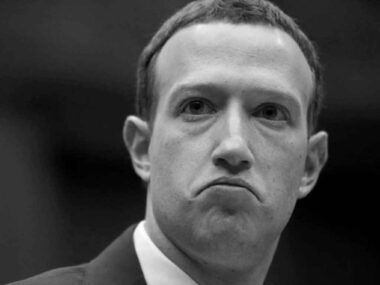 Read More
The United States, with all its might, cannot invade terror-promoting nations whose population exceeds 50 million people. Beyond…
Read More