The US Government Suffers from a People Attention-Deficit Disorder

Not until President Joe Biden address to both Houses of Congress did most Americans realize that the US Government suffers from a People Attention-Deficit Disorder. Way below on its list of priorities, topped by the billionaires and corporate America, most of the once-prosperous and impoverished classes – also dubbed middle and lower classes — drift in the wind today. Both are victims of regulation-cutting Reaganomics and one-sided trade agreements, which weakened America of its economic and industrial power in a one-two punch by decimating its middle class.

Until the presidency of Joe Biden, the US Government had four children, two of whom it treated like royalty and two were literal orphans. The billionaires and corporate America received the full attention of the US Government, while its two orphans, the middle and the lower classes of the people, the US government has proposed to them its middle finger, as policy, for over 40 years. The result mostly of two grand designs that began with President Ronald Reagan’s trickle down economics and which ended with President Bill Clinton’s 1994 Crime Bill and NAFTA.

Forty years later, the very same policies resulted in so much popular anger, now very much a fixture of our history, when the 45th President corralled that anger to storm the Capitol.

As an industrialized nation, our minimum wage ranks at the bottom as compared to other economic powerhouses.

Today, most politicians realize the folly of Reaganomics, except such political Dinosaurs as Senators Mitch McConnell and Joe Manchin. Those two remain cocooned in the eighties. Utterly incapable of grasping the Reagan resulting reality or sensibly responding to its destructive impact.

The income inequality has reached a boiling point. As an industrialized nation, our minimum wage ranks at the bottom as compared to other economic powerhouses. Check for yourself the table below: 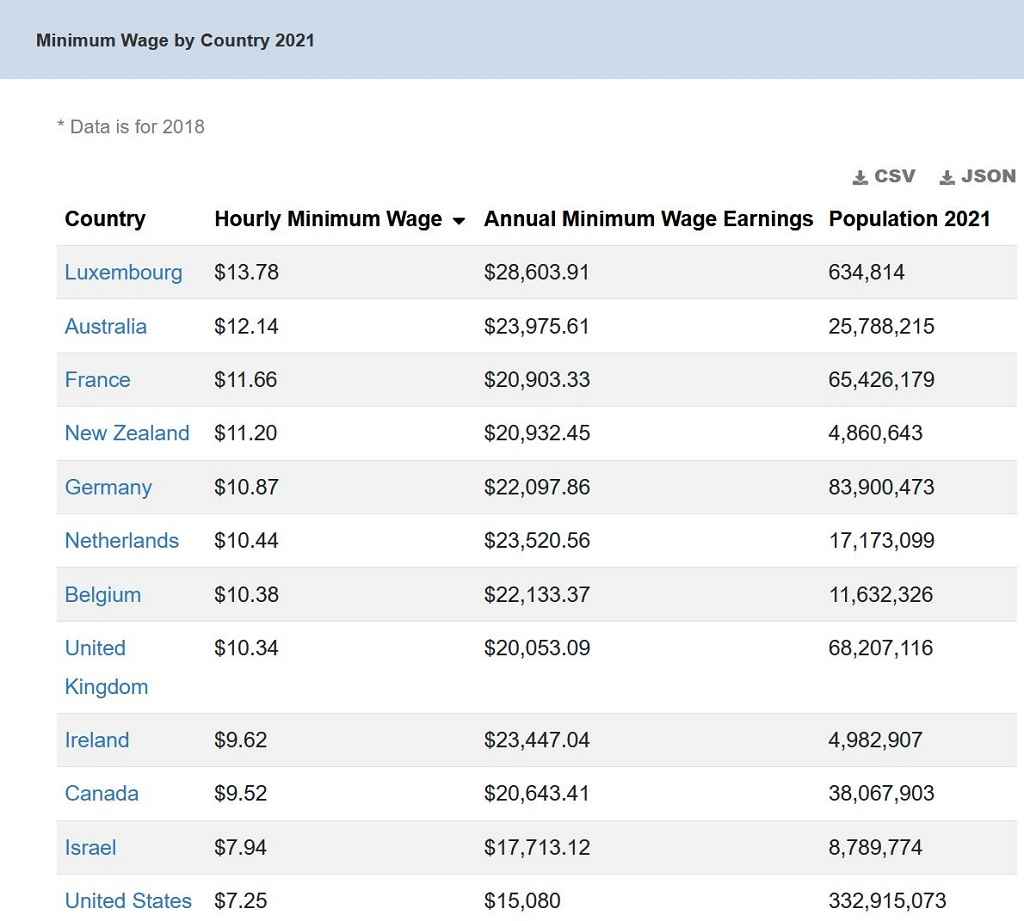 The United States sits below Israel and Ireland when it comes to paying decent wages. No wonder Senator Bernie Sanders calls it “Starvation Wages”.

In the meantime, wealth accumulation has exploded in the last 30 years, while middle and lower class income has been declining. The US Government suffers from a people attention-deficit disorder. It’s in black and white facts.

It got even worse under the previous President because of his 2 Trillion tax cut to the richest people. 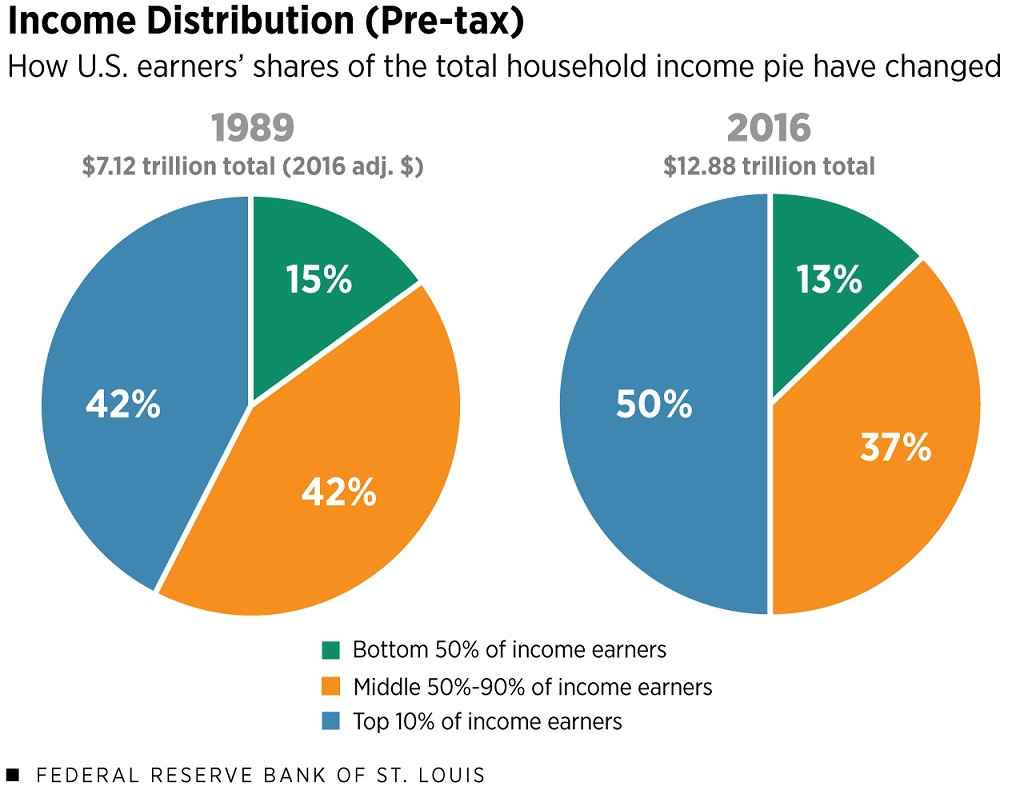 We really need to regulate the process of political selection of our Representatives. It seems we are picking the worst from the worst lot.

THE BILLIONAIRES WILL FIGHT BACK

How to fix this inequality is going to be challenging given that wealthy people are able to buy Congress on the cheap to keep the US government heading in the same direction. It does not mean, when President Biden declares a war on the income inequality imbalance, that it is easily fixable. Long from it. The rich and the wealthy are gearing up for a fight to insure they remain on top of the heap even if it means this weakens the nation and creates doubt about our democracy.

It was the GOP and their wealthy patrons that drove us here in the first place. But instead of paying attention to what matters, the conservatives in this country are obsessing over the President picking a flower for the First Lady. We really need to regulate the process of political selection of our Representatives. It seems we are picking the worst from the worst lot.

Ask any french student how much they pay to study at the Sorbonne, one of the most prestigious universities in the world. Why do they pay $0 in tuition and U.S. students pay up to $100,000 a year

The insurrection was a snapshot of things to come for America if we don’t fix the system for its inequalities in almost every category imaginable. Police brutality, minimum wages, corrupt Congress, lack of corporate regulations to protect the average citizen, educational costs, student loans, the easy rigging of systems and regulations, etc.

For example, the President proposed free community college education. Great, you say. Now, think about it. Who will go for free lower quality education? You guessed it. While the rich go to Harvard. How does that bridge income inequality? All the President is doing is fine-tuning the education system to further create a divide between those who can and those who can’t. Those who have and those who don’t. Higher education should be free for everyone across the board.

Whether Congress enacts the President’s agenda remains to be seen. We are heading in the right direction even though, on some issues, we are not. To include student debt forgiveness and cancellation.

The US Government Suffers from a People Attention-Deficit Disorder

Read More
Witness the Trump tax breaks to the wealthiest of corporate entities. Witness the roll-out of the vaccine for…
Read More