Why Funding Black Entrepreneurs is an Economic Necessity

The NBA just announced a $6m grant for the Black Girl Ventures, an entity driven to provide equal access to funding opportunities to the black community. The funds will help meet the venture capital needs for black women. Historically, the American black community has lagged behind in every economic category due to persistent and systematic racism. This is why funding black entrepreneurs has become an economic necessity to lift their hard hit communities through self-independence. The more black communities prosper, the less America has to deal with white supremacist racism, and I would not be exaggerating if I said that prosperous black families are the antidote to a perpetual state of racism in this country.

To get a brief lesson highlighting the disparity in economic conditions between white and black America, the Federal Reserve published hard data on this subject, which the image below represents.

It is utterly shameful that Americans have not done enough to help even the economic field for the American black communities. This is why funding black entrepreneurs is essential to our prosperity as a nation. 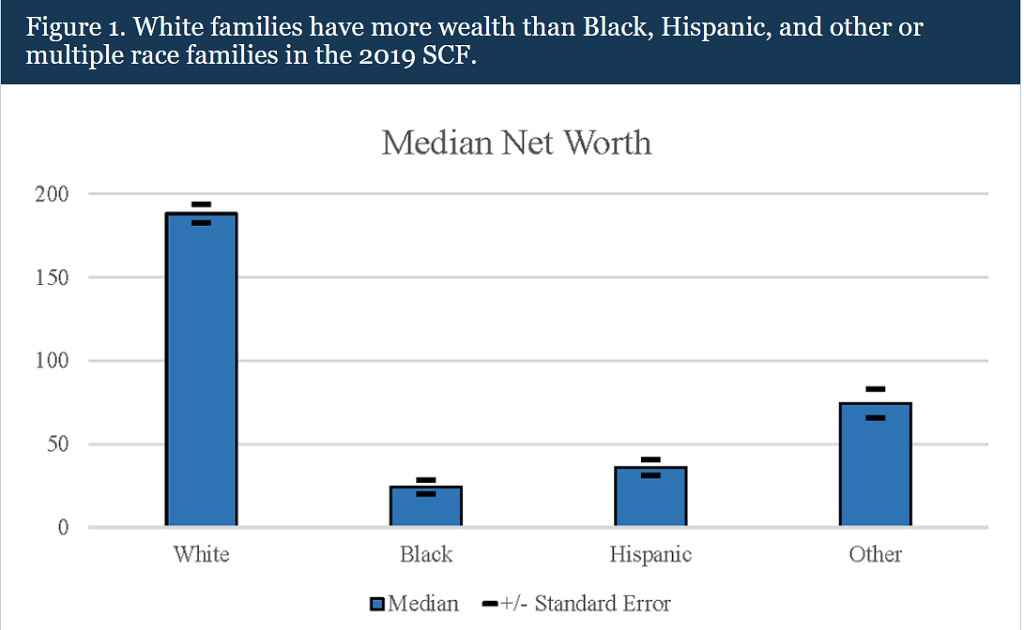 America needs to adjust its marketplace to bury the means by which its labor force often comes from the ranks of black and brown people.

Booker T. Washington rose to prominence among America’s most eminent industrialists during the 19th century when he proposed an industrial education for blacks to feed the labor machine of white capitalists. Upon his death in 1905, his ideas began to succumb to the ambitions of blacks who wanted to become lawyers and doctors as well. Black colleges attended to these ambitions.

Washington’s death did not persuade the industrialists to abandon his ideas, and ever since blacks have remained the most important laborers for American capitalism. When was the last time you observed a 6-foot, blue-eyed blonde flipping hamburgers at McDonald’s?

Even when Charles Hamilton Houston of Howard University built from scratch its law school that saw the rise of Thurgood Marshall to the Supreme Court, black people remained marginalized due to social racism and white economic conveniences.

In all honesty, it is not enough for the black communities to rise to America’s middle class kingdom because real wealth in America comes in the form of equities, and entrepreneurship provides the means by which blacks can achieve tangible wealth measured by self-generated valuable stock ownership.

America needs to adjust its marketplace to bury the means by which its labor force often comes from the ranks of black and brown people. This is creating a great income inequality, which, in the long run, will surely cause societal instabilities.

Let us wish Black Girl Ventures all the success in the world.

During modern times, Republicans have adopted a negative attitude towards blacks in this country. They were behind misinformation that blacks are rapists and murderers. They propagated, and still do to this day, that they are lazy. Along with a myriad of other stereotypes to demonize and dehumanize their race.

Nothing could be further from the truth. The onslaught of white supremacist America on native Americans and African-Americans is indisputable. Their cruelty and barbarism speaks volumes about a race whose very existence meant trouble for anyone that does not look, speak, or behave like them.

Since the early days of slavery, much has changed. As an example, laws do not permit the white supremacists to simply hang a black person anymore, but that does not mean racism is not embedded into the very core of the American culture.

More importantly though, the majority of the white population is educated enough, in the 21st century, to understand that racism is not only wrong but also counter-productive to our prosperity as a nation. That kind of critical thinking among a new generation of millennials will have a very positive impact on closing the economic gap between blacks and whites.

Let us wish Black Girl Ventures all the success in the world.

Which brings me to my next point. I don’t know of any initiative by Major League Baseball to support black ventures or businesses. Just diversity initiatives through the Players Alliance. Isn’t it time they follow the NBA and the NFL lead?

Why Funding Black Entrepreneurs is an Economic Necessity