Why The Republican Party Wants Trump Back in 2024

Senate Republican resistance to indict the 45th President of the United States, in a historic trial that will begin next month, is growing. In neglecting to hold accountable a President who led an Insurrection against his own country, it shows why the Republican Party wants Trump back in 2024. As if Trump losing the Senate and the elections to the Democrats are not enough to persuade a bunch of old white men of their folly. But their schemes are more devious than you think.

On the surface, it looks like they are inviting Donald Trump to run in 2024.

The question becomes: Can the Republican Fascist Party afford the reputation, let alone the hanging-by-the-thread suspense? Yes, they can. Trump is the right candidate for what they are planning next. This is why Republican Senators are cuddling up to an Insurrectionist President.

Because, I believe, they cannot help themselves. Many cannot resist the wild call of the White Supremacist screaming within. They see the demographic writing on the wall everywhere they look, and, like Donald Trump, most of them refuse to acknowledge the obvious. America’s society is a hodgepodge of races, religions, and ideologies.

They simply cannot come to accept the reality of America in the 21st century. In all of its glorious colors to include white. Their racist White Supremacist tendencies are too powerful to overcome. To indict Trump is to indict their own race and power. To indict Trump is to let go of their choke-hold on white power in this country.

Charting America’s course, or powering its engine should not be the sole job of one race and one religion. Unless you want to change the name of your country to the United States of Apartheid America.

HOLD THE MUSTARD, THE KETCHUP, THE PEANUT BUTTER, AND THE NUTELLA. JUST MAYONNAISE PLEASE

America is the land of Asian-Americans, Native-Indians, Brown-Asians, and African-Americans. We are the land of the mustard, the ketchup, the peanut butter and the Nutella. Even though the mayonnaise holds all the reigns of power. However bad Trump’s mayonnaisim turned out, the truth is that we are all in the same boat called America. Charting its course, or powering its engine should not be the sole job of one race and one religion. Unless you want to change the name of your country to the United States of Apartheid America.

Some lazy and racist Republicans are resisting the change sweeping our electoral demographics by hailing the likes of Donald Trump. His lack of dignity, and in your-face-politics suit them to fend off the inevitable. Even if Trump offers America the rotten and inedible version of the great American product.

Instead of embracing the changes by embracing the greatness of our multi-cultural society, they would rather keep things the way they are, which means gerrymandering, voter suppression, and kicking democracy around until it falters and die. All in the name of their supremacy over the political and economic establishments in this country.

Here is a Federal Reserve graph to awaken the dead. 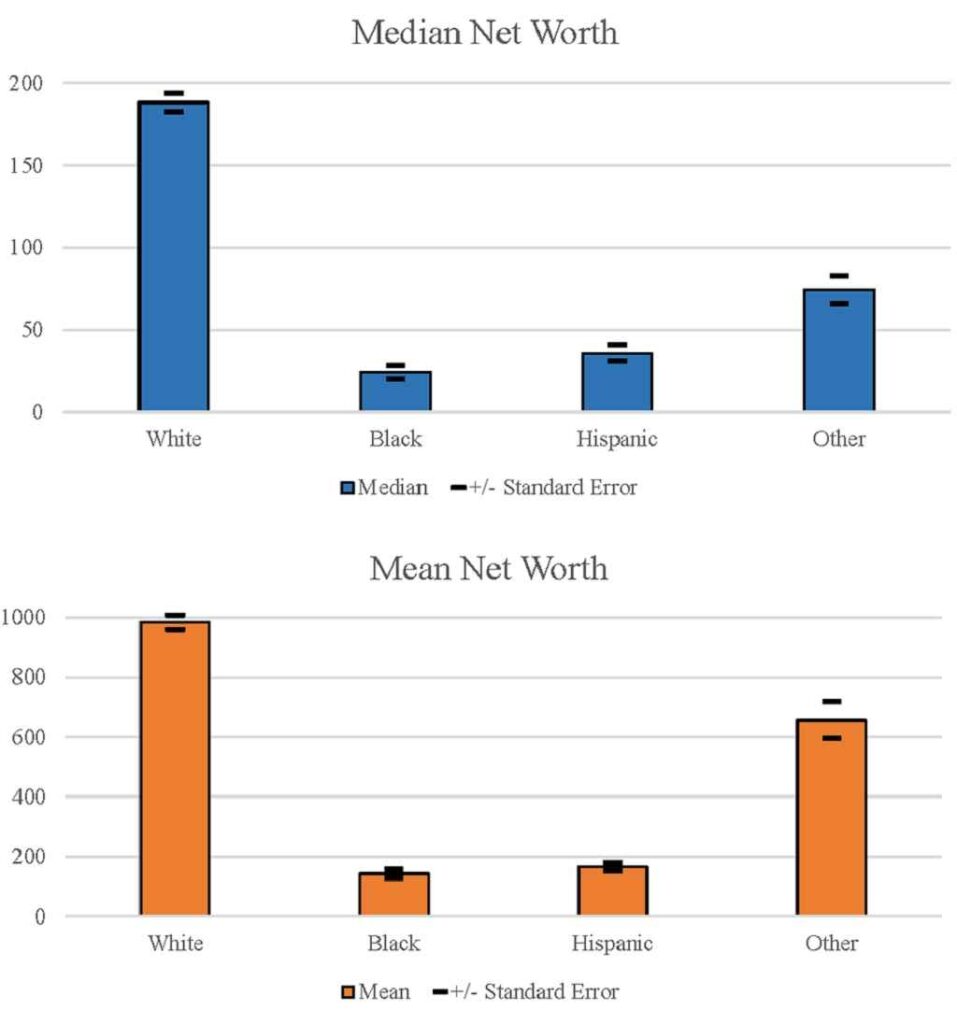 This is why most Republicans cannot come with grip to sharing this country with the Asians, the Blacks, the Hispanics, and any non-whites. This is why the Republican Fascist Party need Trump back in 2024. Call it the White American Dream, please.

The old white men in Congress need Donald Trump for their last Alamo stand until they can figure more devious ways than voter suppression to keep control of the country.

Who else can carry that mantle of indecency and illegality but Donald Trump? Who else can break the law, threaten lawmakers, and bribe his way to dictate unrealistic results, be they at the ballot box or the comment box other than Donald Trump? In Trump, the new Republican Fascist Party found their Messiah to turn the clock back by building walls, both physical and mental, and by forcefully keeping White Supremacists in control of the country. Without dirtying their own hands.

Let Trump do the heavy lifting as long as the White race keeps the lion share of the loot. He may have lost the elections but no one else can galvanize and mobilize racism in this country like he does. Unapologetically and unceremoniously.

The old white men in Congress need Donald Trump for their last Alamo stand until they can figure more devious ways than voter suppression to keep control of the country. In fact, Trump is their short fuse to blowing up the system if necessary.

The Insurrection of 1/6 still fresh on our minds, these Republican Senators want a more successful repeat in order to install Martial Laws that would usher Republican Fascist and White Supremacist dictatorship. They see the combination of authoritarianism and capitalism in China co-exist successfully, and they want the same for America.

Who else can blow up the strong foundations that our Founding Fathers built but Donald Trump?

So, forget the trial of Donald Trump in the Senate. These bad white boys want to retain power at all costs. If their coup was unsuccessful in 2021, This is why the Republican Party wants Trump in 2024. To try and blow up our democracy again.

Meanwhile, they have four years to fix Trump’s image.

Why The Republican Party Wants Trump Back in 2024